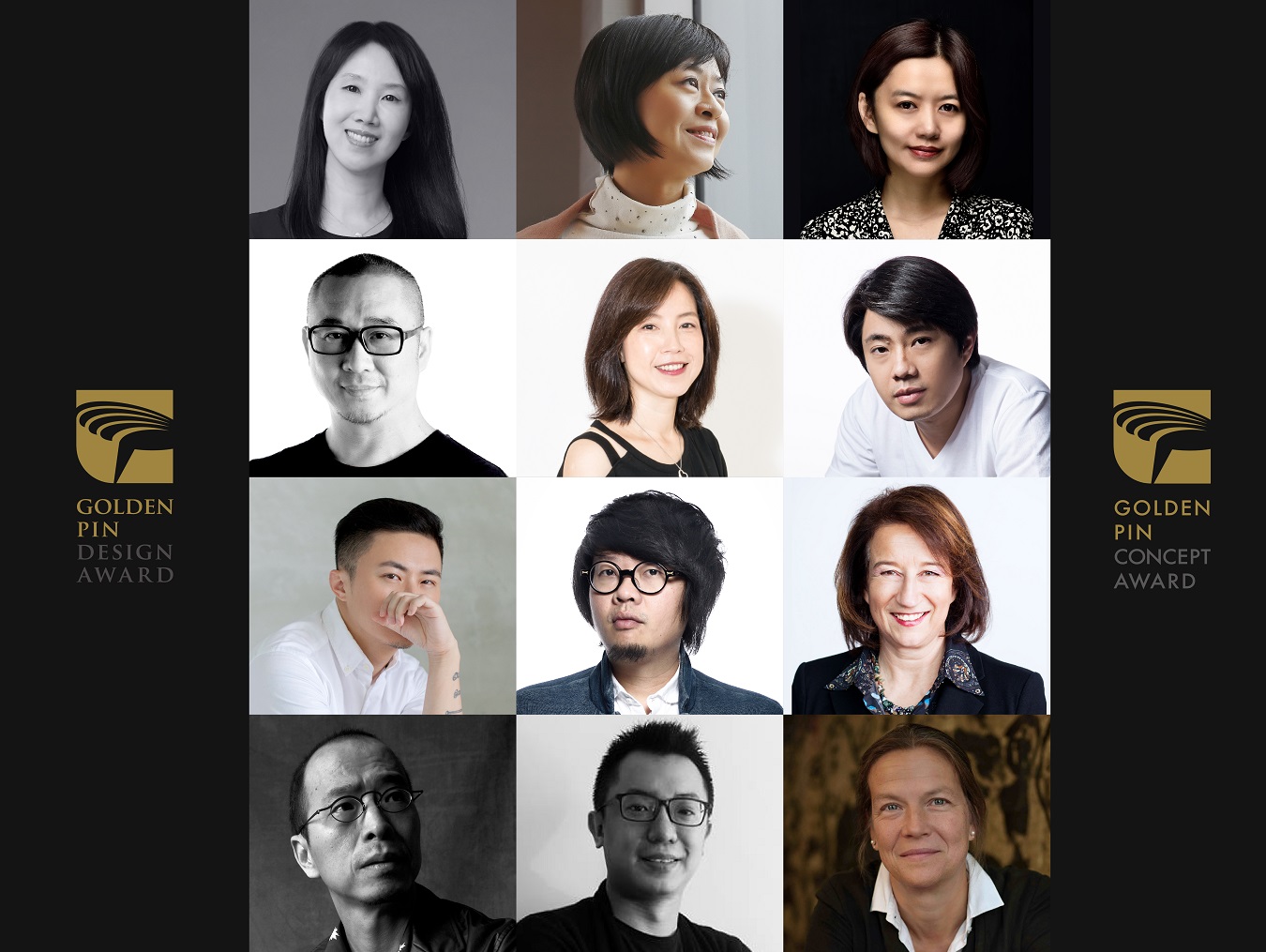 The Golden Pin Design Award 2019 Call for Entries opened in early March and closes on June 27th. Entries received before April 30th get a special early bird price. Preliminary Selection takes place in mid-July, Secondary Selection from early-August to mid-September, and Final Selection on September 23rd. The award ceremony will be held on December 5th.

Luisa Bocchietto — President of the World Design Organization
Luisa Bocchietto is President of the World Design Organization and a practicing architect, having opened her own studio in 1985. She has been involved in several noteworthy projects that range from construction to local urban development, engagement in furniture design, exhibitions and international events in Italy, and abroad. In 2008, Bocchietto directed several design exhibitions, including “Dcome Design” (Women in design) and “Pop Design” in Italy.

Heike Hanada — Founder of Heike Hanada Laboratory of Art and Architecture
Heike Hanada is a German architect who established her own studio Heike Handa Laboratory of Art and Architecture back in 2007. Hanada has been working as a professor of design principles and architecture since 2010. Recently, she completed the new Bauhaus Museum in Weimar, which features a minimalist cube containing five levels in the same location where the design school was founded one century ago.

Tony Chi — Founder of Tonychi & Associates
Tony Chi was born in Taiwan, but emigrated to New York during his childhood. He founded his own firm Tonychi & Associates in 1984, and now he is one of the most celebrated American interior designers. In the hospitality industry, he is renowned for leading several signature hotel and restaurant projects including the Rosewood London, Park Hyatt Shanghai, and Wolfgang Puck’s restaurants. In addition, Chi was inducted into Interior Design’s Hall of Fame in 2009 and awarded FIT’s Lawrence Israel Prize in 2015.

Aaron Nieh — Founder of Aaron Nieh Workshop
Aaron Nieh is an international multi-award winning graphic designer, and the first Taiwanese designer inducted into the prestigious Alliance Graphique Internationale. Nieh is a three-time winner of Best Album Design at Taiwan’s Golden Melody Awards. He also won the Golden Pin Design Award in the Visual Communication Design category for his “Not Just Library” project. He also serves on a number of other domestic and international juries including the Red Dot Design Award.

Yeh Yi-Lan — Food and travel writer
Food and travel writer, Yeh Yi-Lan has at least 20 years of experience in writing. Yeh authors one of the most historical gourmet websites in Taiwan (www.yilan.com.tw), as well as being the Founder of PEKOE Grocery Shop. Yeh has also authored a number of books including “My Life in the Kitchen” (2018), “The Journey to Black Tea” (2017), and “My Home, My Way” (2015).

Bill Chia — Founder & Director of Bounce Visual Creative Company Limited
Bill Chia is a talented Taiwanese music video and commercial director who founded his own firm in 2003. Chia is known for shooting music videos for many popular singers such as A-Mei, Hebe Sandy Lam, and Yoga Lin. In 2012, he won the award for Best Music Video at Taiwan’s Golden Melody Award.

Nice Cheng — Partner at AppWorks
Nice Cheng is the pioneering Taiwanese internet entrepreneur who co-founded Webs-TV.com in 1999. He is a Partner at AppWork focusing on tech startups, and he previously served as Chief Strategy & Operating Officer at Yam, Taiwan’s then leading internet portal. He will serve on the Golden Pin Concept Design Award jury panel.

About the Golden Pin Design Award Group
The annual Golden Pin Design Award is the longest-running international design award that celebrates products or projects expressly created for Chinese-speaking communities, offering entrants an unprecedented opportunity to prove their prowess in the world’s largest market. For more insight into designing for Chinese-speaking communities, visit DesignPerspectives.org 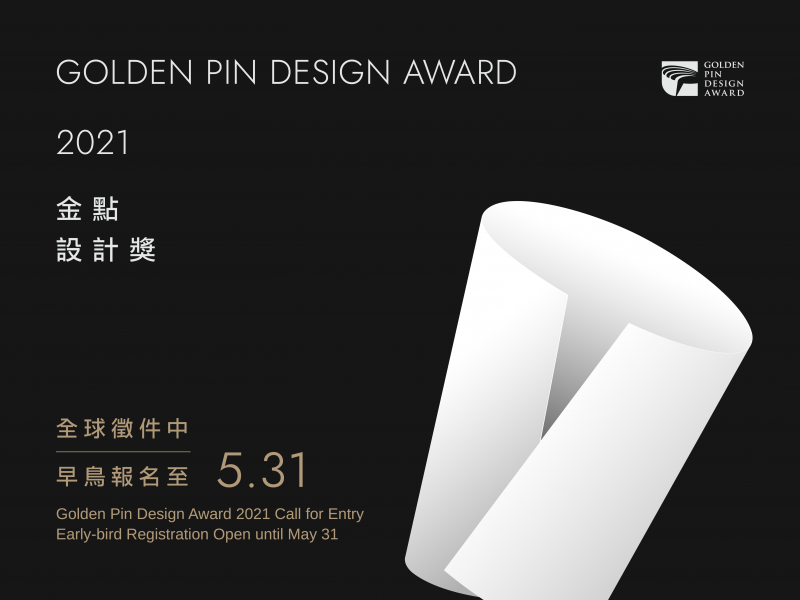 The 2021 Golden Pin Design Award is now calling for entries, opening up a great opportunity for design talents from across the world to showcase their products and projects that cater to Asian societies globally. This year, the organizer has invited for the first time British design genius Tom Dixon, renowned Japanese designer Taku Satoh as jury members! 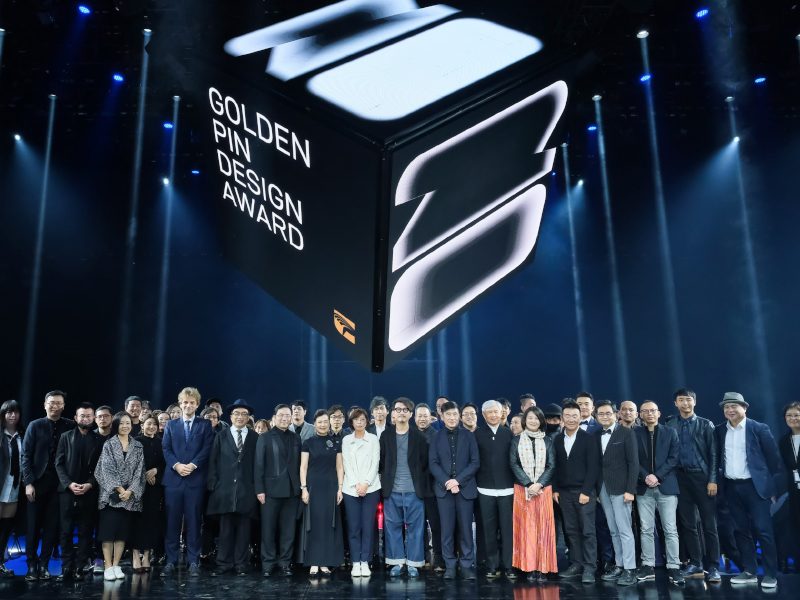 The 2020 Golden Pin Design Award grand awards ceremony was held in Taipei on the evening of December 11, revealing this year’s winners of the Golden Pin’s highest honor. Among the winners revealed are exceptional designs from China, Hong Kong, Thailand, and Poland, while Taiwanese designers came out on top with 20 award wins. 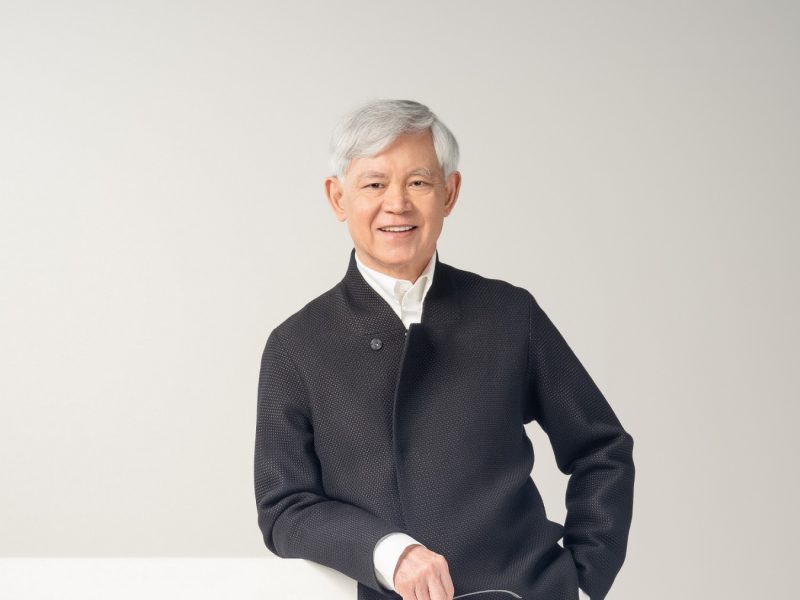 The 2020 Golden Pin Design Award has announced today (Dec. 3) that the Honorary Award shall be awarded to the incumbent World Design Organization (WDO) regional advisor Tony K.M. Chang for his contribution to and achievement in the Taiwanese design scene. 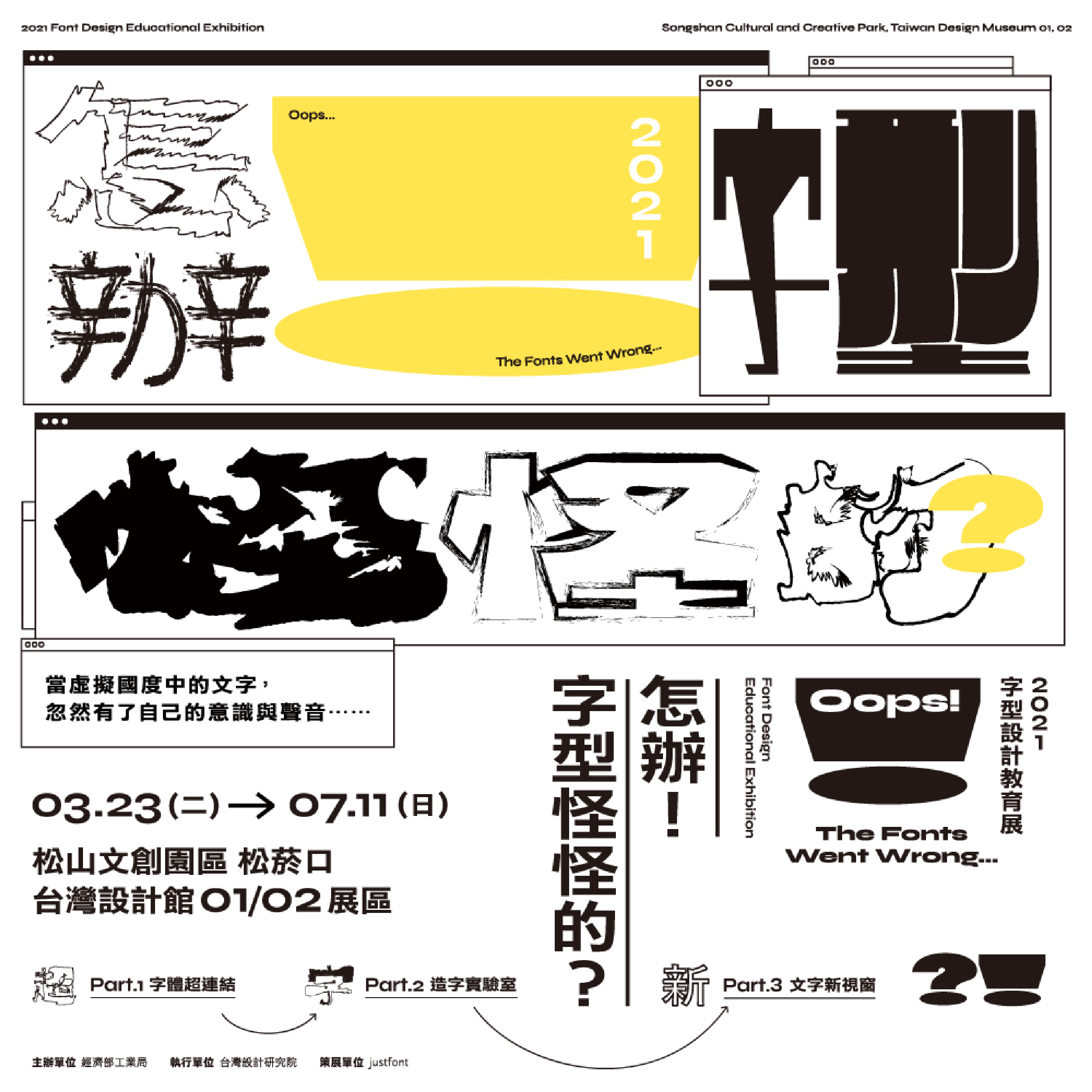 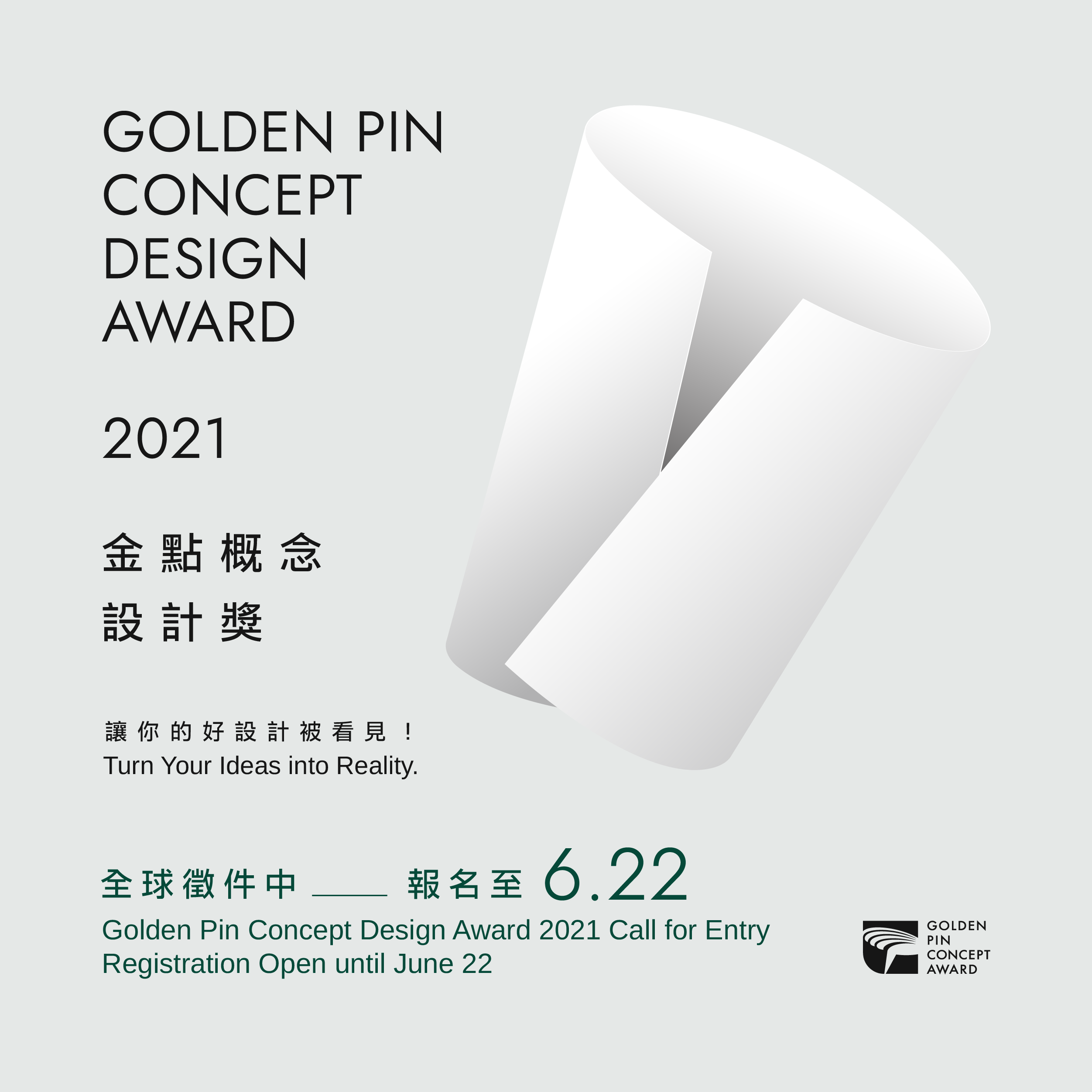