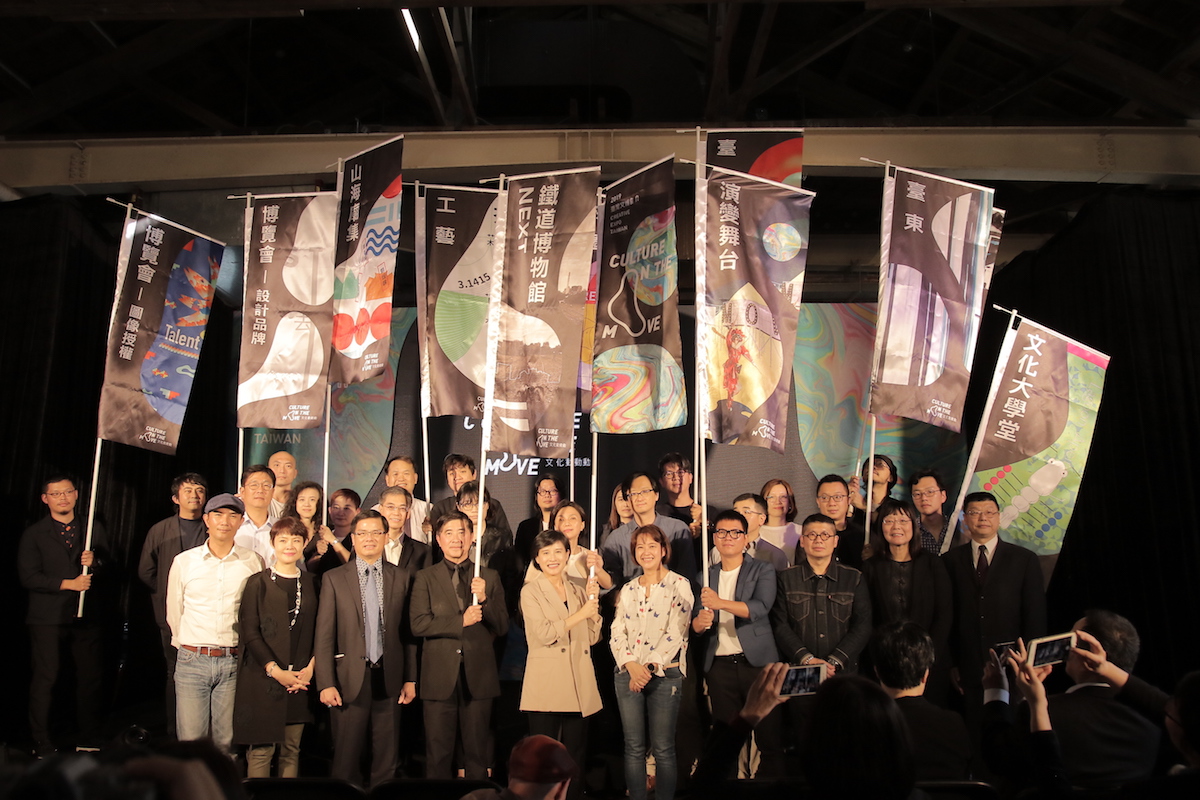 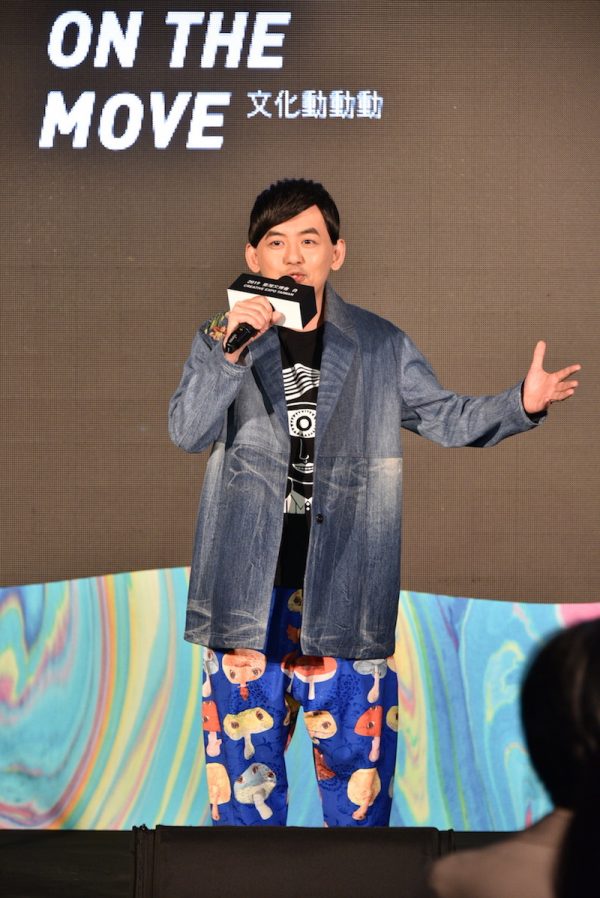 ▲ Mickey Huang, serving as the Creative Expo Taiwan ambassador for a fifth year.

Today, the Ministry of Culture held a pre-event press conference at Huashan 1914 Creative Park, hosted by Mickey Huang who is serving as the Creative Expo Taiwan ambassador for a fifth year. The conference began with an introduction to the new cultural corridor, the five venues, and this year’s theme Culture On the Move. Led by General Consultant Wei-Hsiung Chan and General Curator Tammy Chen-Jung Liu of BIAS Architects, 2019 Creative Expo Taiwan continues towards becoming the most thoughtful creative festival in Asia. They led a team of designers and other creative professionals, curating twelve days of events, comprising not just art and design, but also music and performance. Minister of Culture Cheng Li-chiun was accompanied by a group of official flag bearers on stage at the press conference, who together unveiled the upcoming events. 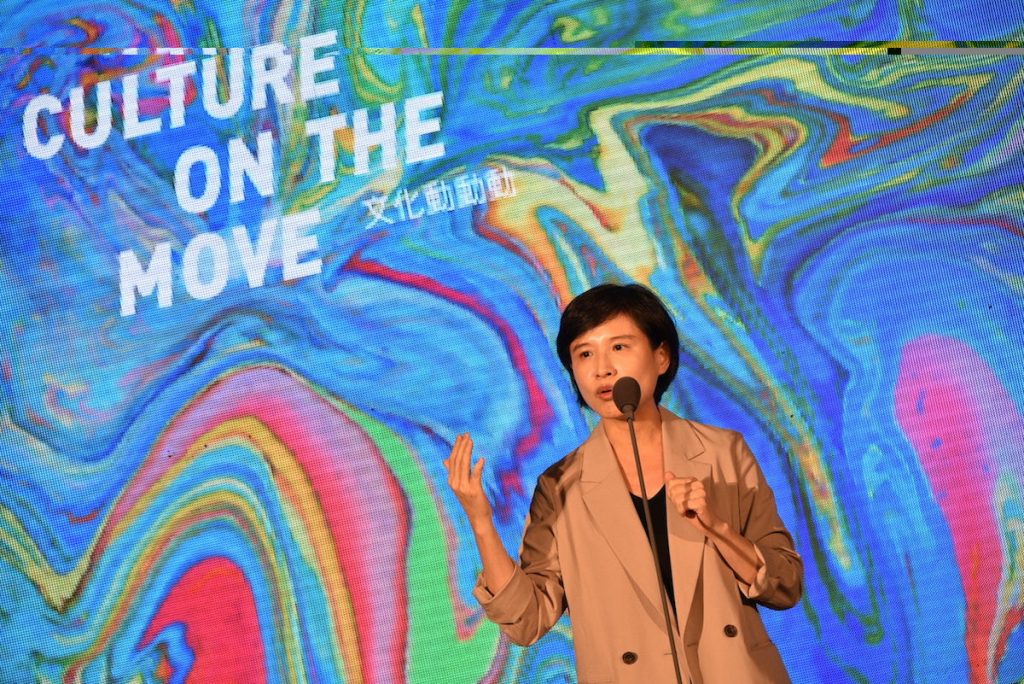 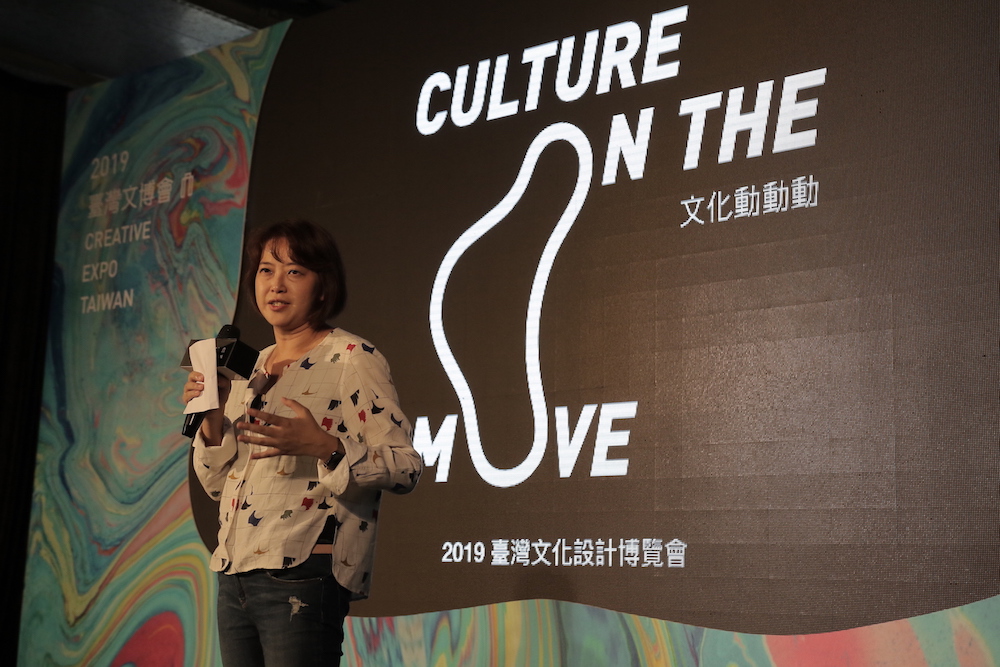 Stage On the Move

At Huashan 1914 Creative Park, Stage On the Move hosts a program of more than forty performances, totaling nearly one hundred hours of entertainment, from twenty-nine performing arts groups. The stage itself aims to break down the wall between front- and backstage. Bridging the gap between traditional and modern arts, puppet master Chen Hsi-Huang collaborates with rock band Sorry Youth, and Golden Melody Awards winning aboriginal singer-songwriter Ilid Kaolo collaborates with Taiwanese jazz fusion band A Root. 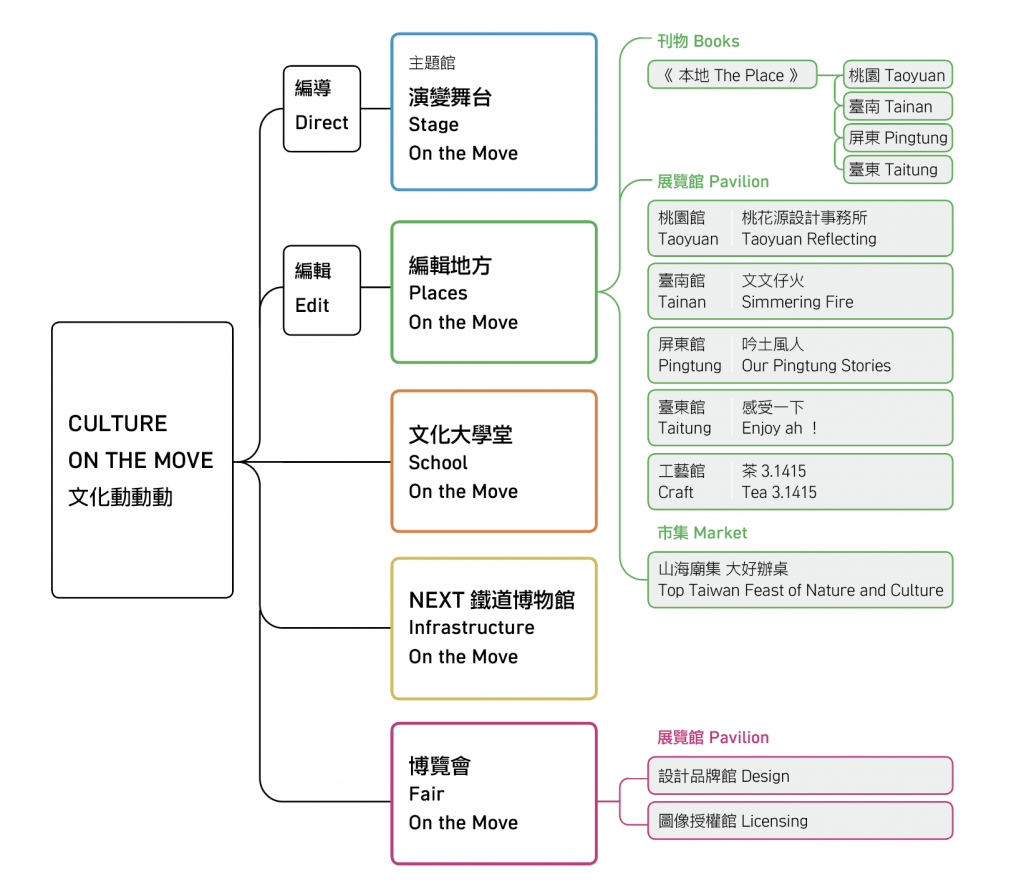 Places On the Move

Each curator investigates the landscape, customs, and traditions of each city, and finally they present four exhibitions along with four magazines called “The Place” for each city, which explains the discourse of these local cultures through a modern lens. In addition to the four cities’ exhibits and magazines, Gina Hsu and Pili Wu together curate an exhibition of tea craft called “Tea 3.1415”, which portrays the relationship between tea craft and modern life in Taiwan. What’s more, “Market On the Move: Top Taiwan Feast of Nature and Culture” brings together twenty-four food and beverage brands from the four cities, including BOULANGERIE NOGAMI from Taoyuan, Asha restaurant from Tainan, and FU WAN CHOCOLATE shop from Pingtung.

At Taiwan Contemporary Culture Lab (C-Lab), School On the Move offers a program of exhibitions, seminars, and workshops, all centered around a diverse learning environment called Lagoon Apeiron. And at TRW Railway Museum, which is located beside Songshan Cultural and Creative Park, Infrastructure On the Move is an art installation and observation platform, which offers a unique viewpoint on the old Civic Boulevard railroad, transforming the remnants of the railway tracks into a visual spectacle. 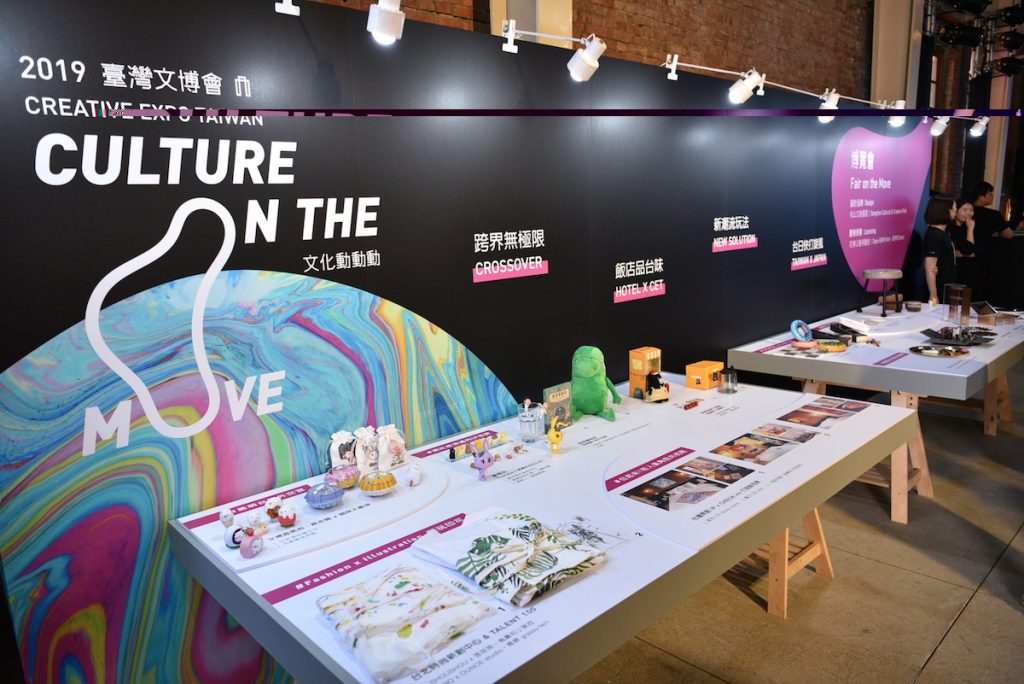 Fair On the Move

At Songshan Cultural and Creative Park, and Taipei Expo Park – Expo Dome, Fair On the Move is a trade show that showcases more than 570 lifestyle brands, IP characters, and illustrations with a focus on licensing. There will also be an exhibition area called “Hi Story Past and Future” at Songshan Cultural and Creative Park, tracing Taiwan’s origins all the way back to prehistoric time, curated by National Taiwan Museum, National Human Rights Museum, National Museum of Taiwan History, National Center for Traditional Arts, and National Museum of Prehistory. And at Taipei Expo Park – Expo Dome, an exhibition of one hundred emerging IP illustrators called “TALENT 100” showcases the rising stars, their works, and new technologies such as AR.

Several trends among the Fair On the Move trade show exhibitors include crossover projects in both product design and illustration, international collaboration between Taiwan and Japan, eco-friendly products, social media influencers’ IP, and collaboration between designers and hotels. Outstanding exhibitors highlighted at the press conference include Yibo X OUNCE studio, a crossover project between fashion brand Yibo and emerging IP illustrator OUNCE studio. 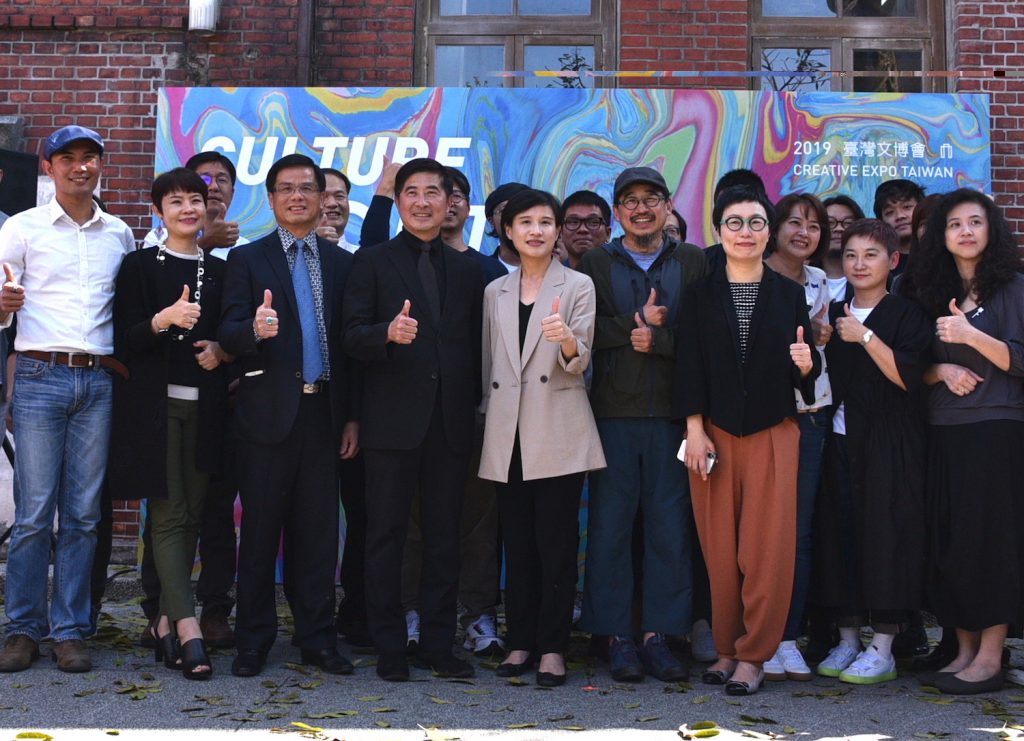 Culture On the Move

Culture On the Move opens on April 24 at 2019 Creative Expo Taiwan, taking place at five venues with free entry to all events. Huashan 1914 Creative Park, Taiwan Contemporary Culture Lab (C-Lab), and TRW Railway Museum are all open until May 5. Meanwhile, both Songshan Cultural and Creative Park, and Taipei Expo Park – Expo Dome close one week earlier on April 28.

As well as the five main venues, Railway Ministry Park will hold fifteen tours throughout Creative Expo Taiwan to mark the unveiling of the new cultural corridor. The expo is organized by the Ministry of Culture, advancing its objective of turning Creative Expo Taiwan into Asia’s most thoughtful creative expo; to project Taiwan’s creative energy, deepen the world’s understanding of Taiwanese culture, and open new channels of communication through culture and creativity.

Since 2010, the annual Creative Expo Taiwan has showcased the best of Taiwan’s culture and creativity. This year’s Creative Expo Taiwan marks the unveiling of a new cultural corridor in Taipei. The main events will take place at five locations along the corridor — Huashan 1914 Creative Park, C-Lab, Songshan Cultural and Creative Park, Taipei Expo Park – Expo Dome, and TRW Railway Museum.

For updates on all the events, please refer to the latest announcements on the official Creative Expo Taiwan website and social media: 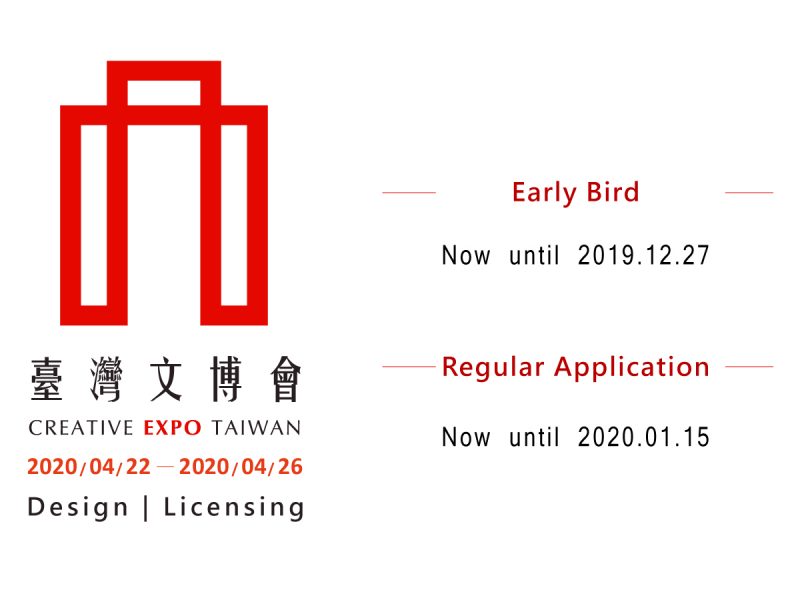 The 2020 CET will be three primary exhibition halls: “the Cultural Concept”, “Design & Craft” and “Licensing”. By strengthening the cultural value of displayed products and proposing relevant themes for exhibition, the expo will interpret the views of generations and cultural aesthetic, which in turn inspire further design creative thinking. 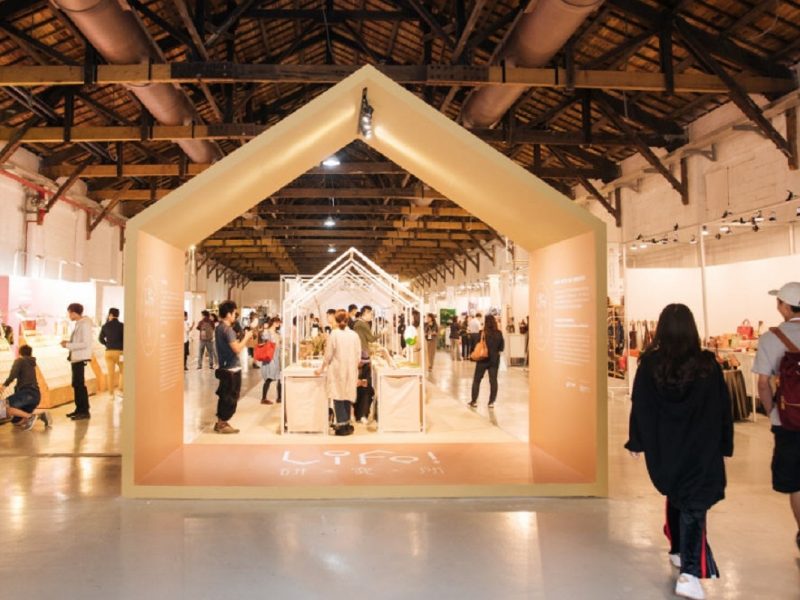 Fair On the Move – Design in Songshan Cultural and Creative Park, April 24-28

The exhibitors are divided into five sections related to Home, Gift, Fashion, Dining, and Culture of Origin. All the curated exhibits are free to enter and open to the public from April 26 to 28, while the first two days are reserved for professional buyers only. 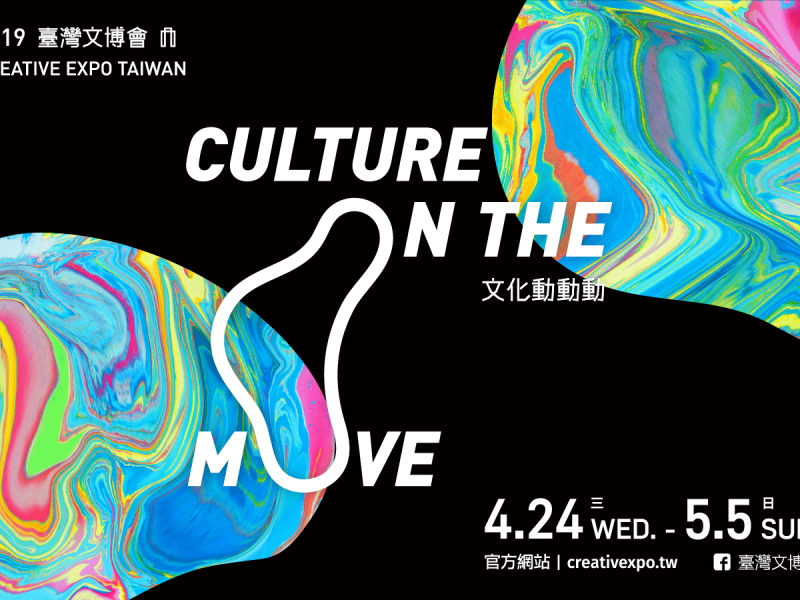 A movement embodies surprising twists in development, “Culture On the Move” gathers the power of the multitude to explore every cultural possibility, and stays open-minded for discovering the unique charm of Taiwanese culture among others in this world. 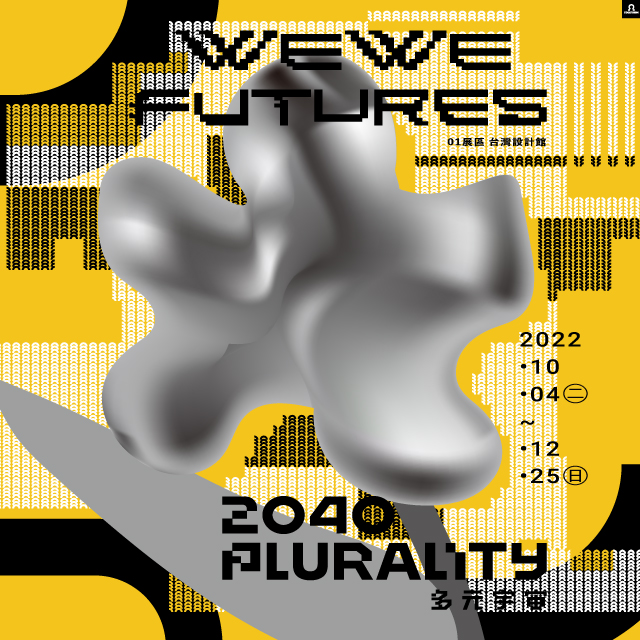