The 2020 Golden Pin Design Award Unveils the theme “2020” for the Award Ceremony! 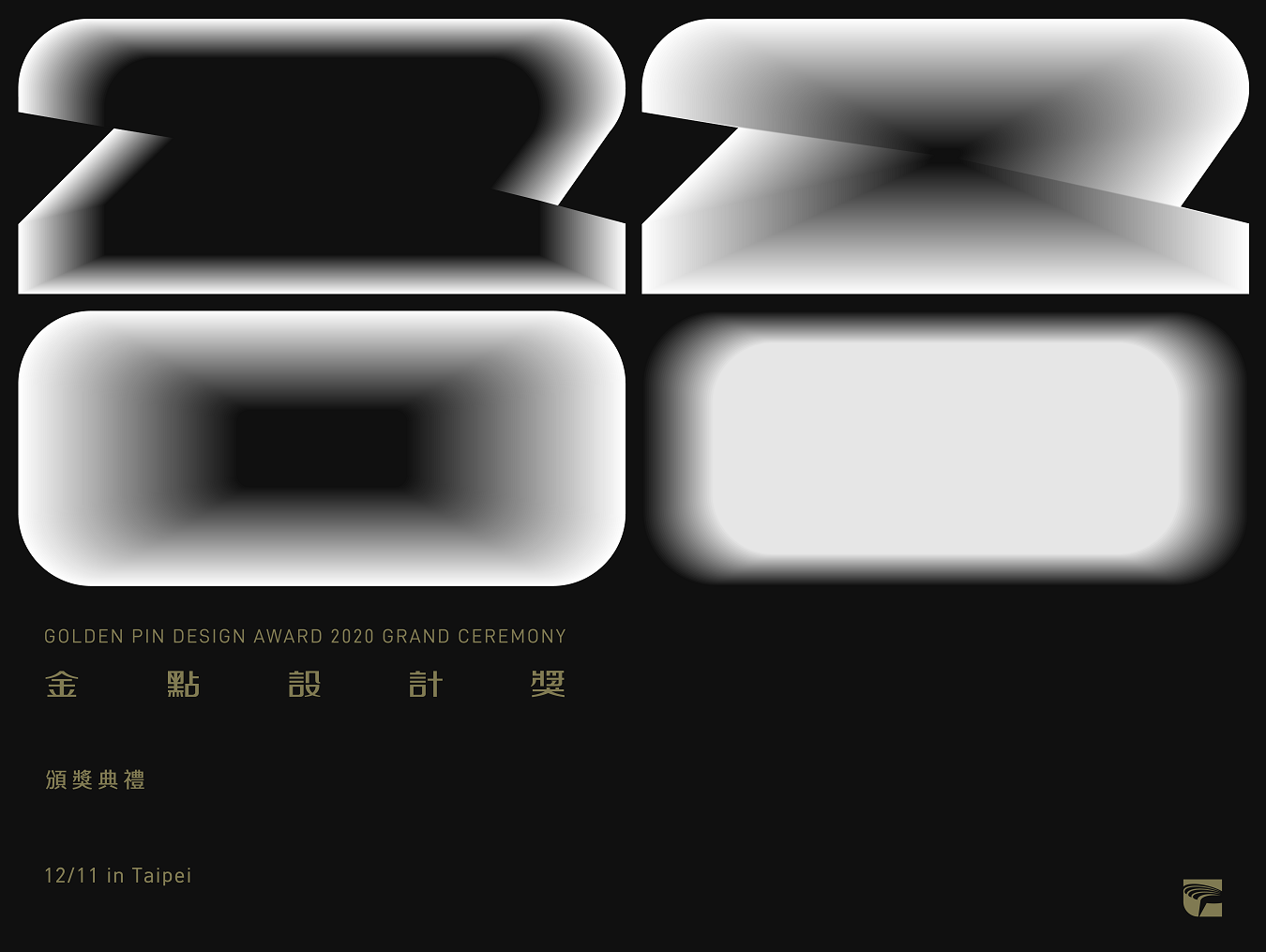 The awards ceremony for the 2020 Golden Pin Design Awards will be held in Taipei on December 11. The theme of this year’s ceremony, “2020,” highlights the challenges of this tumultuous year and symbolizes an opportunity for change. Unveiled today (Nov. 19) for the first time, the key visual mixes elements of white light and deep shadow to create visual tension and evoke the image of a tunnel that slowly brightens as the path to a hopeful future is revealed. The winners of the Best Design and the Special Annual Awards will be revealed during the ceremony, which will be live-streamed on the Golden Pin Design Award Facebook page and YouTube channel in both Mandarin and English. Be sure you don’t miss it!

This year, design for the ceremony has once again been carried out by Bito, one of Taiwan’s leading motion design studios. Bito has been designing the award ceremony key visuals annually since 2016. This time, they are planning for a grand ceremony that outshines those of years past. Regarding this year’s theme, Bito creative director Keng-Ming Liu noted that 2020 has been a very unusual year, and that although the pandemic impacted the world and brought development to a halt, it also provided an opportunity for us to reflect on our current trajectory to sustainable development. “2020 is not just a year, but a historical turning point of great significance,” said Liu. That is why, for this year’s ceremony, Bito transformed “2020” into a symbol that represents an opportunity for change. Through this key visual, we hope to encourage designers and businesses alike to reflect on the existing model and rethink the meaning of creative design, so as to seek out a more sustainable future together at this critical juncture in time that marks the fulcrum between the old and the new.

Unlike the rich, vibrant design of the key visuals of 2018’s Nature Knows and 2019’s Gala @ 23:59, this year’s key visual highlights the symbolic significance of the year 2020. Bito once again outdid themselves with its bold use of font design to formulate a minimalist visual replete with visual tension and space for the imagination. The four-digit number is used to represent a tunnel in which each digit is depicted in a gradient of light and shadow that shows the dynamic fluctuations of light and symbolizes a bright new beginning at the end of this year’s dive into uncertainty. 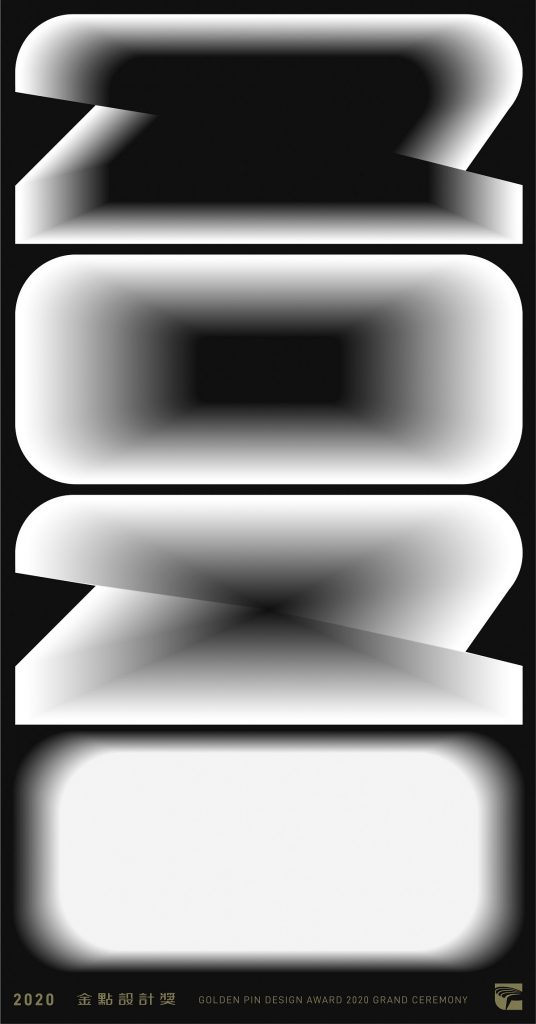 This year’s awards ceremony also marks a departure from the proscenium stage of past events by combining sound, light, scents, and interactive technologies to engage the audience in an immersive, multi-dimensional experience. “Our goal is to create an awards ceremony unlike any ever attempted,” says Liu. Due to the ongoing pandemic, many awards ceremonies and other major events around the world have been moved online. Thanks to Taiwan’s successful effort in fighting off the pandemic, the Golden Pin Design Award is one of the few design awards to hold a physical ceremony this year. For this special occasion, the Awards organizer and Bito wish to create an unprecedented feast of the five senses that “burns the memory of 2020 into the consciousness of everyone in the audience.”

The hosts of this year’s ceremony are also something to look forward to.  Mickey Huang, who boasts an illustrious background in television, radio, and as Master of Ceremonies for Taiwan’s Golden Bell Awards, Golden Melody Awards, and Golden Horse Awards, will take the stage once again. Joining him onstage will be his co-host and famous entertainer Janet Hsieh. The wit and intellectual energy of the duo are sure to bring a fun and exciting vibe to the ceremony. Hsieh previously hosted the 2014 Golden Pin Design Award ceremony, and she was deeply impressed by the energy and creativity of Taiwan’s young designers. As she returns to the stage to host the awards ceremony once again, Hsieh can’t wait to see the changes to and development of the Taiwanese design community over the past few years, and she is especially looking forward to seeing how Taiwanese designers meet the needs of the world today through creative design. 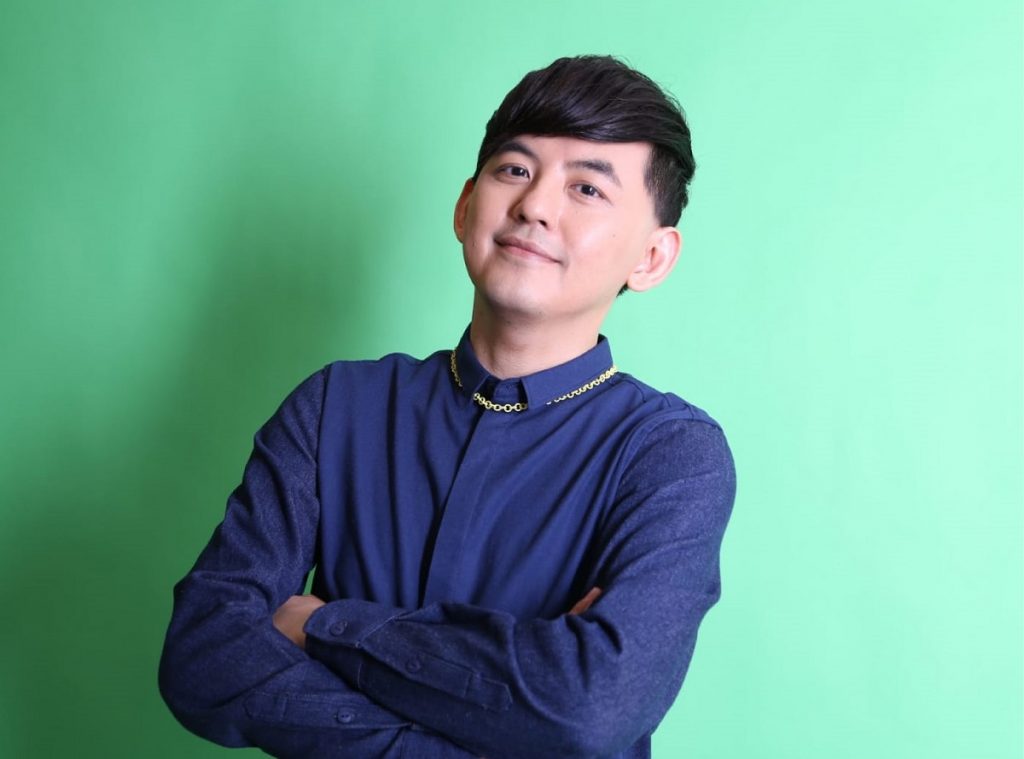 ▲ Mickey Huang, Taiwanese TV anchor and MC, will take the stage once again. 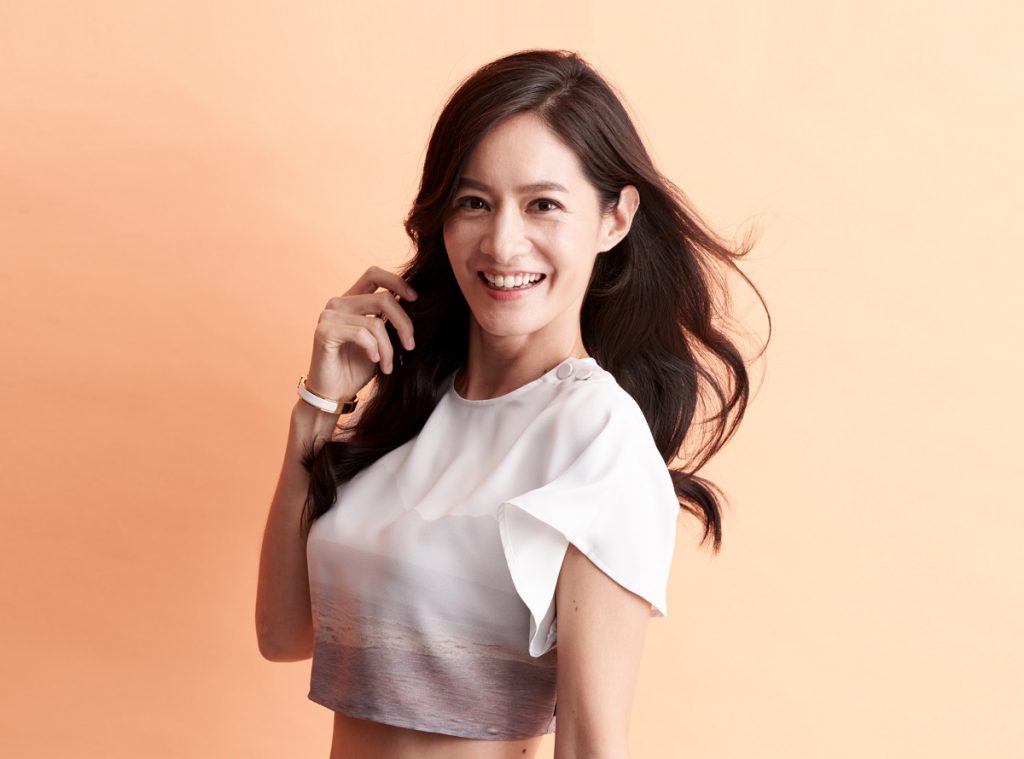 ▲ Famous entertainer Janet Hsieh will be the co-host at this year’s ceremony. 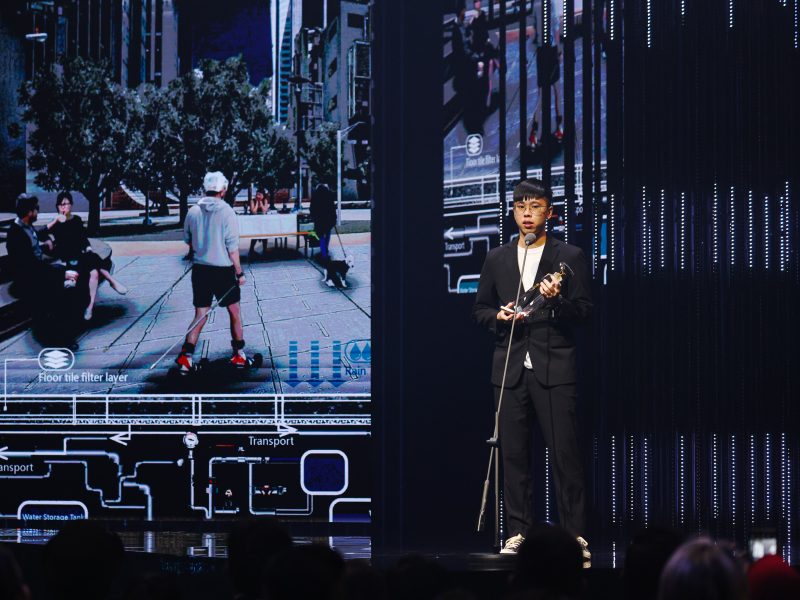 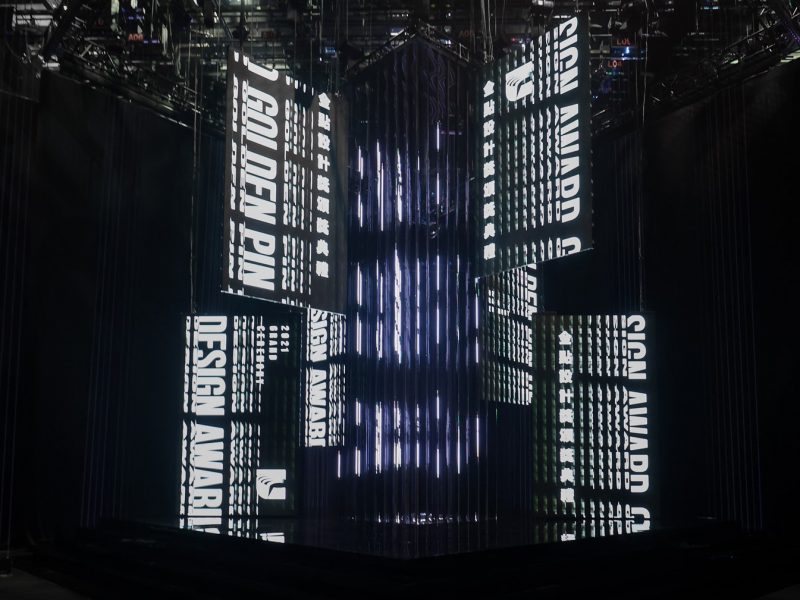 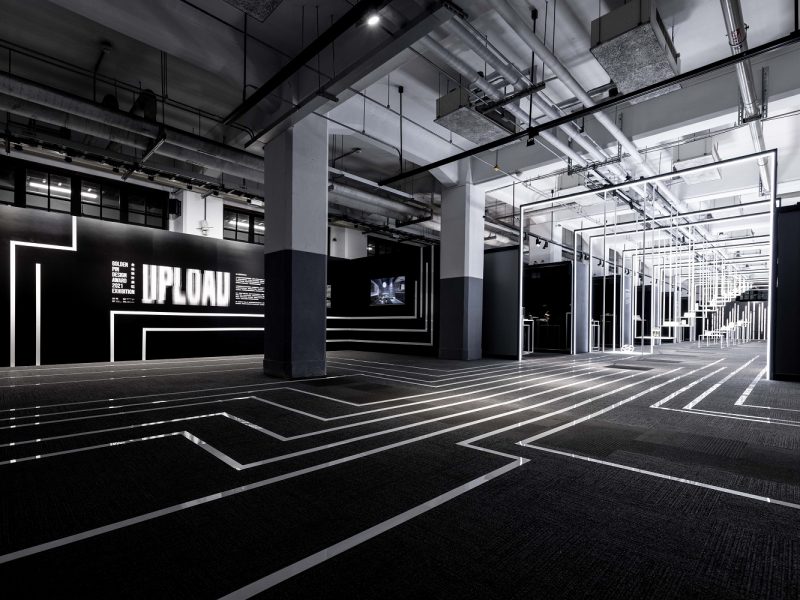 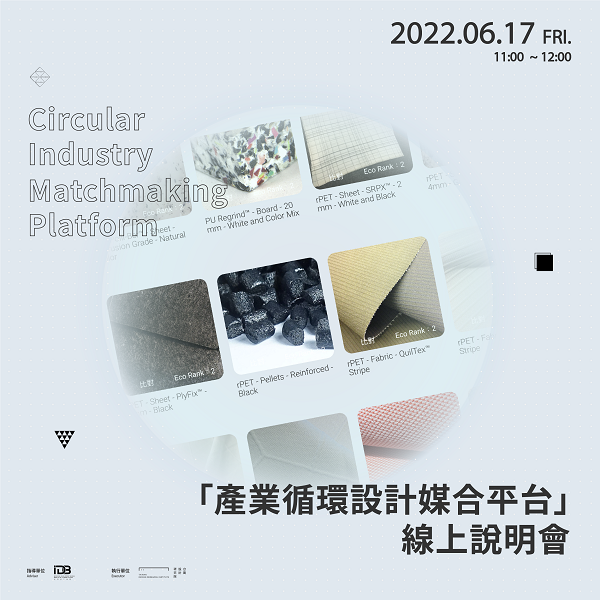